A Sea of Flames seizes the Universe.

For adults and young people from age 12

The four works featured in the first concert of the season were created within a period of only eleven years, between 1908 and 1919. As if through a burning lens, general music director Stephan Zilias looks at this time of uproar and eruptions, an era of creativity and destruction.

The State Orchestra of Lower Saxony plays music from four nations that clashed during the First World War. The captivatingly modern Musik für Orchester by the extraordinarily talented German composer Rudi Stephan, who was killed in the war at an early age, and the plaintive cello concerto by English conservative Edward Elgar (1919). A selection of Préludes (1910) by French sound revolutionary Claude Debussy presents nature images and miniatures in Colin Matthew’s luminous orchestration. And finally, the overwhelming Poéme de l’extase by the Russian piano and orchestra magician Alexander Scriabin – a symphonic poem about passion and a thirst for life, rapture and delight, “a magical world of strange figures and emotions”.

Alban Gerhardt, the soloist featured in the Elgar-concert, is an outstanding artist who has been playing on concert stages across the world since his 1991 debut with Berliner Philharmoniker. No less striking is his great social commitment, with concerts in schools, hospitals and institutions for juvenile offenders. In 2017, Gerhardt founded #Musicians4UnitedEurope, a group of internationally renowned musicians campaigning for a united and democratic Europe. 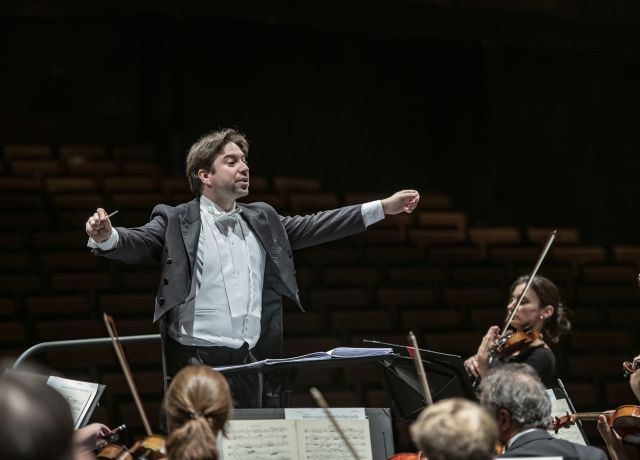