“Musically, Mahler’s Seventh Symphony outlines a journey from night to light, a place where we will hopefully have arrived at the beginning of 2022, once the pandemic has been overcome. This development is not linear in Mahler’s work; it has an incredible wealth of facets. Melancholy, dark marches and dances for a very large orchestra apparatus alternate with chamber music-like and intimate night music. Unusual instruments, such as cowbells, mandolin and guitar create a special atmosphere before the symphony opens up into a terrifically radiant finale“.
(Titus Engel, Conductor of the Year 2020 in the critics’ survey of “Opernwelt”)

Composer Sarah Nemtsov, born in Oldenburg in 1980, is interested in exploring borders, and her music is often informed by an interest in literature. Both these lines of investigation are combined in the concert piece En face from the year 2018, based on the story Solitude by Polish writer Bruno Schulz. A text that imagines itself into freedom from the confines of a closed room, that oscillates between inside and outside, claustrophobia and vastness, reality and imagination. Sarah Nemtsov arranges the text on the concert stage in a spatial as well as a tonal setting: “I chose two soloists to be each other’s ‘distorted’ reflection – as if one were imagining the other: An actor recites the text, sitting at a table – and a percussionist on the other side.” The percussionist plays inside his own room onstage, creating the sounds on the objects inside this room with no mallets, but rather with his bare hands, which have microphones attached to them. “His hands become ears.” 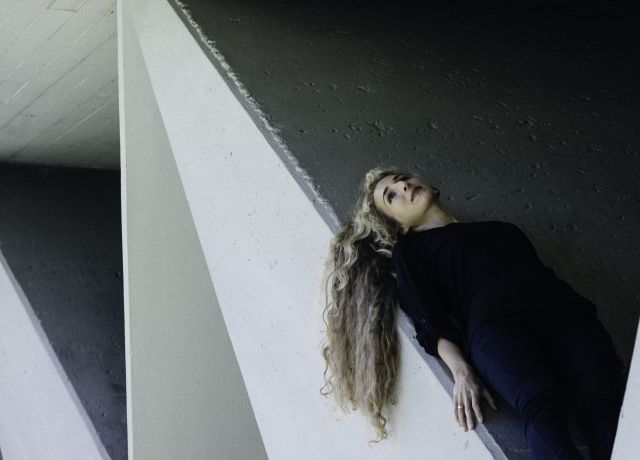