After the death of his girlfriend, robot designer Jonah creates the perfect woman for himself in the form of the android Alma. But once she has developed a consciousness of her own, she claims her right to a self-determined existence. A struggle for life and death ensues between human and machine – and for the question of what it actually means to be human.

With the German premiere of humanoid, the State Opera Hanover presents a highly topical musical thriller by Leonard Evers, one of today’s most successful composers of young opera. His piece ranges across genres with great flexibility, while staying true to a very specific sound language. Jonah’s friend Piet, for instance, launches into a kind of musical song in his enthusiasm about Jonah’s coding skills, while the passages where Jonah believes himself to be pursued by his dead girlfriend are a musically sinister nightmare. There are rapid shifts between apparently harmless chatter and dangerously lurking, rhythmically pulsating surfaces that swell menacingly and rise into veritable sound waves. The android’s learning processes are uncontrollable. The game of artificial intelligence may capsize and become bitterly serious at any time. We humans are no more capable of escaping our consciousness than the android can escape her programming. Our only choice is to trust our perception of the world and to base our decisions on this foundation. So how can be sure that we ourselves are “real” humans – and not merely “humanoid”? 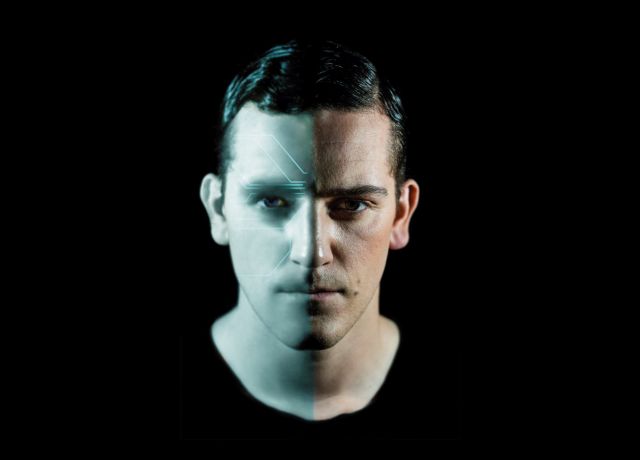 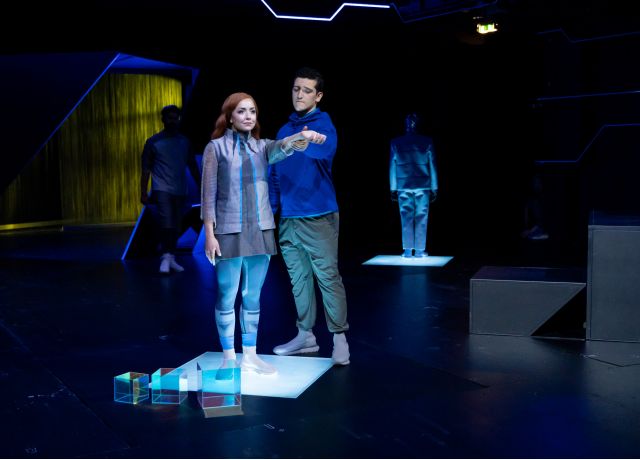 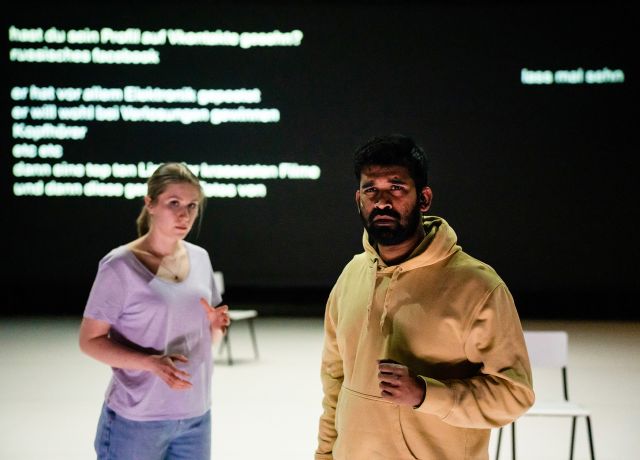